COVID-19 and Media Consumption: Insights as We Head into Month Two 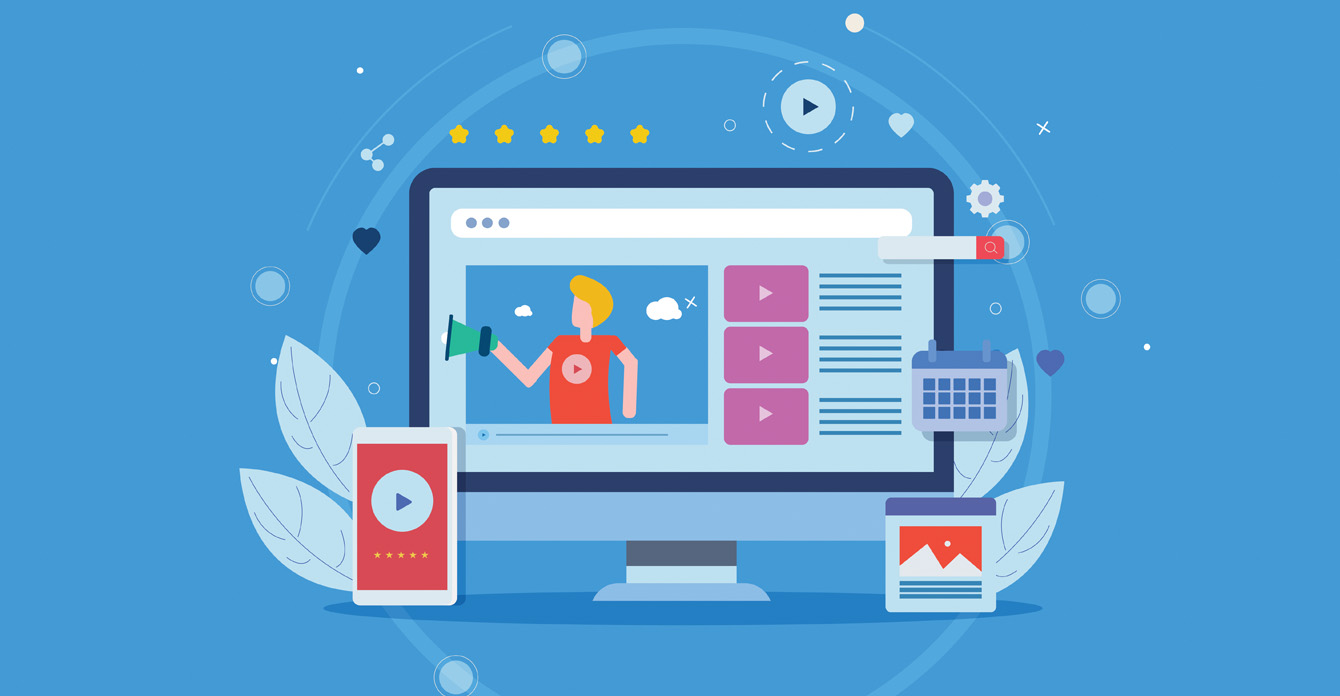 Americans have been adjusting to a “stay-at-home” lifestyle for almost two months now as COVID-19 continues to disrupt life as we once knew it. Not surprisingly, this sheltered lifestyle has led to a continued increase in digital and streaming media usage among consumers; other media channels have not fared as well during the pandemic. Here is a rundown of what we have seen in the media landscape since our initial look.

Television/Video Viewership Up, Sales Down

Television and streaming video have seen the largest spike in usage. As strict lockdowns went into place, television viewership initially experienced double-digit growth. While we have seen viewership start to level out, it still remains much higher than normal.

Despite the increase in available television impressions, ad spending is down. The pandemic could potentially cause an historic decline in U.S. TV advertising sales, with a projected loss of as much as $10 billion in the first half of the year. This projection is fueled by the postponement or cancellation of major league sports and the summer Olympics.

Even though sports are currently absent from our televisions, the eyeballs that were watching them aren’t. Sports fans have turned to other networks for information and entertainment. The result: More reach for less money in new dayparts and networks. Daytime programming is becoming the new primetime with total time spent watching television during the day more than doubling year over year. 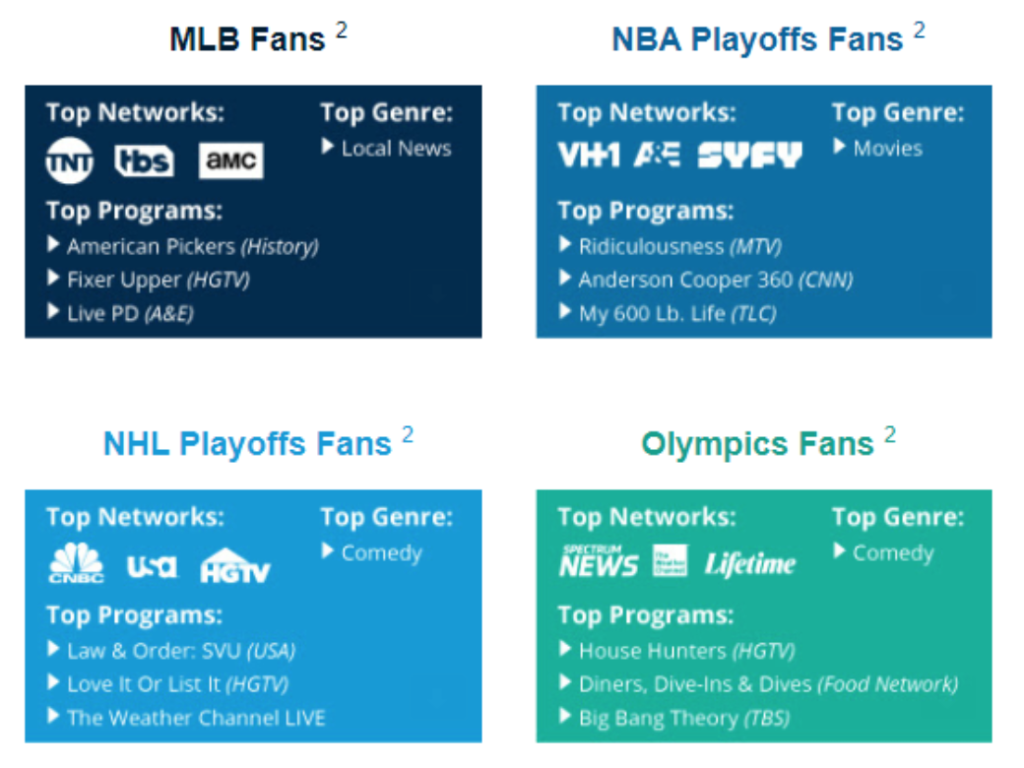 Streaming video usage has also seen a major spike as people seek new entertainment options. In fact, the increase in streaming video subscriptions and usage is unprecedented. According to Statista, 24% of Americans are watching more shows/films on streaming services since the outbreak—and a large percentage are doing so via connected devices or game consoles. 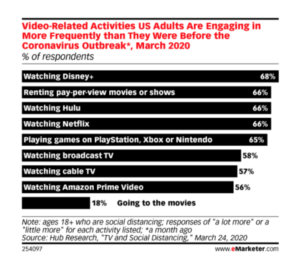 Radio/Audio Not As Bad As Projected

There have been some drastic changes in the way audio is being consumed during the COVID-19 pandemic.

One positive during the pandemic: Podcasts. This area of the audio landscape has seen significant growth, particularly among young demographics. According to the Morning Consult survey, 31% of Generation Z, 26% of Millennials and 16% of Generation X say they are listening to podcasts more.

And surprisingly, the drop-off in usage due to the lack of commuting is not as bad as initially feared. While radio has struggled to keep ratings up, radio was able to hold 90% of its AQH audience in March—and the terrestrial audience on news format stations remains strong. We do expect to see a significant decrease in April’s numbers, and don’t expect ratings to normalize until stay-at-home restrictions are lifted.

Streaming audio has either remained flat or increased during the past month. According to a Pandora Soundboard study, 42% of people are spending more time with streaming audio as it improves mood, relieves stress and provides an escape.

Online social engagement has seen a major spike during the pandemic. Social distancing has limited in-person interactions, which leaves people craving human connection. This is being fulfilled through social media posts, videos, live streams and messaging.

Since stay-at-home orders have been put in place, social media usage has increased to 25% of all mobile app usage, versus 20% for January, February and early March. While social media usage is up across the board, TikTok has seen the biggest increase in new users over the last 90 days. The pandemic has brought a surge of new TikTok users that are outside of its typical teenage demographic.

But this increased usage isn’t carrying over into spend for Facebook, Instagram, Snapchat or Twitter. On average, we expect to see a decline of social media ad budgets by 28%. One-third of Facebook’s ad revenue comes from the travel, film and small business industries, which have all been greatly impacted by the COVID-19 pandemic. This could end up benefiting other advertisers’ budgets.

The print industry was already under enormous pressure before the pandemic hit and now faces new challenges. Publications that rely on newsstand purchases or are free at drop-off locations are desperately trying to figure out how to deal with another decline in readership. A heavy reliance on local media has created an influx of online traffic to newspaper sites and increased home delivery for top subscription-based newspapers.

It’s a bit ironic that as demand for news is at its highest, some publications have stopped printing or reverted to a digital-only format. With staff furloughed and advertising dollars down, it is going to be a real struggle for some publications to bounce back after the pandemic.

Not surprisingly, demand for out-of-home opportunities is soft right now as consumers stay indoors, leaving ad placements with little to no visibility. The Q2 forecast for out-of-home media is bleak and will not see a resurgence until life returns to some sort of normalcy. Many of the top vendors within the industry are allowing advertisers to shift campaigns to run later in the year, even if it is well past the cancellation deadline. There is no way to sugarcoat the decrease in impressions and while this setback is only temporary, the end is still months away. Out-of-home advertising reported a 2.59% revenue decrease for March, which we expect will drop even further in the coming months.

As sheltering-at-home restrictions are lifted and people start to spend more time in their cars and in public places, media consumption trends will shift again (but perhaps not right away).  Out-of-home and terrestrial radio advertising will become more relevant and advertisers may start to shift spend into these channels that they pulled back on. Digital and streaming will remain a significant piece of media plans—as they were before the pandemic. How much—or how quickly—this happens remains to be seen and agencies and advertisers alike will need to remain nimble to maximize the impact of every media dollar.