By Jody Fisher In Public Relations 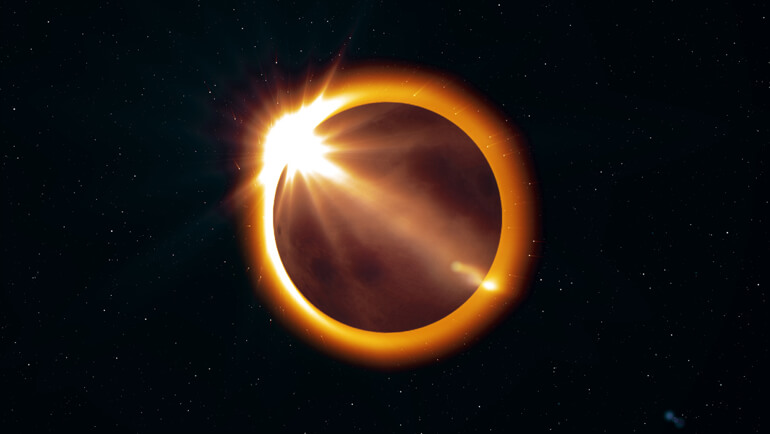 Unless you’ve been living under a rock, you know about the solar eclipse that happened Monday.

(Did you see it?)
As a science and space geek, I was personally excited. Anything that gets people “looking up,” as Neil DeGrasse Tyson is wont to say, I’m down with.

As a PR person, it was a reminder of how a single, seemingly one-note event can spur a vast universe of media coverage.

In the span of the last month or so, I saw, heard or read stories in various categories about the eclipse, including:

What a list! It turned a science story into interesting content for differing types of publications and found non-science audiences who might not be as excited about an eclipse as we geeks and nerds are.

Now, not every story is going to be this multifaceted. But as PR people, we’re constantly challenging ourselves to look for multiple angles on a story to make it resonate with differing audiences in order to reach more people and ratchet up our hit count. To keep things fresh, we view things from new perspectives, we shuffle the people in the narrative, or we seek out new voices with an original take on a subject.

A business publication and a lifestyle publication, for example, will never cover the same story in the same way. But they will cover the same story in a unique way that speaks to their specific audience. And they’ll almost surely cover a story that they can leverage over multiple social platforms, especially if you package your story with images, audio, video and even infographics that will pull in readers, viewers and fans.

Seeking out multiple angles on a single story is what reporters do all day long. Successful PR people think like reporters and serve up ideas and suggestions that make a one-day event go on as long as possible rather than pass in the blink of an eye.