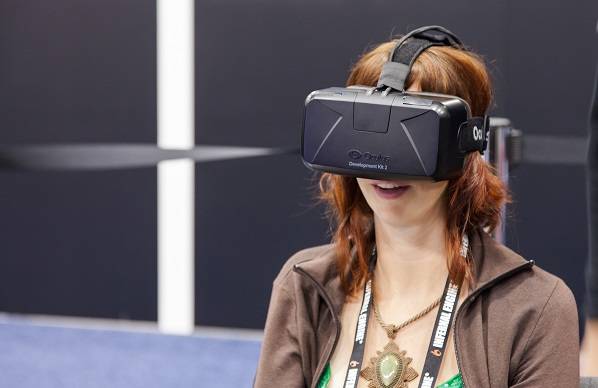 The Open House: Many (myself included) view it as the turning point in the college search process. It’s the “aha moment” when a prospective student “just knows” this school is the one for them…or not.
But is this college recruitment rite of passage destined to become a thing of the past? Perhaps.

According to a recent article in FORBES some colleges may replace—or at the very least preface—the traditional Open House with a virtual one, delivered by YouVisit, a company that’s created more than 1,000 virtual campus visits, and the Oculus Rift, a headset designed for 3-D gamers. (Sound like any teens you know?) Apparently, strapping on the Rift is “like stepping into a picture” offering 360-degree panoramic views that can cover much of the campus. Some tours are even guided by a person. At the very least, this technology would definitely be a showstopper (and traffic builder) at any high school or college fair.

It’s part of college recruiters’ attempts to connect with prospective students on their terms via the technology that’s a must to this generation. Other efforts? Some schools are foregoing in-person applicant interviews and using video calling services such as Skype instead; others are discovering what parents of teens and 20-somethings have known for quite some time: You want a message read, text it. Here at A&W, we’ve also had phenomenal success combining innovative microtargeting technology with the traditional and have used both GPS-based geofencing and proximity marketing to drive college fair attendees to our clients’ booths and websites.

All isn’t high tech in the world of higher ed, however. Recent surveys show that many colleges—less than half—have taken their sites mobile and only a handful have embraced Snapchat, the latest and greatest social media platform used by nearly half of student prospects.

The bottom line in the high-tech vs. high-touch debate is, naturally, the bottom line. Competing for high-quality students is tough (and recruiting them increasingly expensive) so the more colleges can leverage technology—from analyzing the behaviors of their best prospects to connecting with them on their terms—the greater the chance the right students will “just know” and enroll (whether they attend a real Open House or not).