IHOb: Blunder—or Brilliant? Is there really such a thing as bad press? 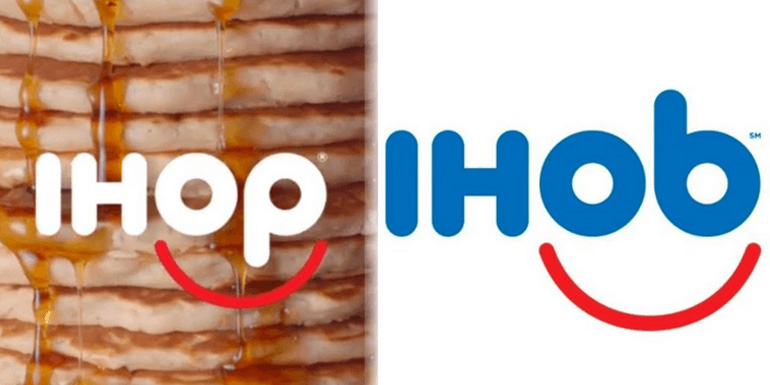 IHOP stands for International House of Pancakes—everybody knows that.

But what does IHOb stand for?

When the 60-year-old restaurant chain suddenly announced a few weeks ago that they would be changing their iconic initials from IHOP to IHOb (by turning the p upside down) that was the question the brand provocatively trawled social viewers with: “What do you think the B stands for?”

Guesses flooded across all types of media. People from Facebook to local morning radio speculated—B is for Biscuits, for Bacon, for cinnamon Buns. It was the type of engagement that brands dream of. (Personally, I was sure it would stand for Breakfast.)
On Monday, the secret was revealed with much ironic fanfare. The B stands for (drumroll, please) Burgers. IHOP was now the International House of Burgers.

The reactions were swift and snarky, with the big burger brands leading the sarcastic social charge… 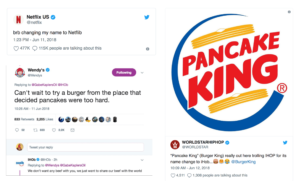 The IHOb name change had backfired horribly—or had it?
First, IHOP was never really changing its name. In fact, the chain just completed a multimillion-dollar rebrand of its 1,650 locations in 2015. And no, they are not walking away from over a half-century of being the name in fast-casual breakfast franchises. No, IHOb was not a name change, it was a PR stunt and all of the trolling and groaning from the Twittersphere was not only expected… it was the point.

The millions of people who smugly declared the International House of Burgers move the worst brand corporate marketing play since New Coke were actually out there spreading the very message that IHOP wanted everyone to focus on. Burgers. IHOP serves burgers. And as Biggie once said, “If ya don’t know, now ya know.” Those legions of snarky trolls who were out there trying to take the brand down a notch with their critiques were instead earning IHOP millions of free impressions.

Name change stunts are not new (remember when Pizza Hut famously became Pasta Hut to promote their new non-pizza menu items?), but isn’t all of that negative public sentiment going to hurt the brand? Not likely. If you are a fan of IHOP’s Belgian waffles, their French crepes and Western omelets as big as the Grand Canyon, you’re still gonna hit The House to get your breakfast fix on. But come burger time, you might just have a new place to try now.