The Long & Short of the Six-Second Spot 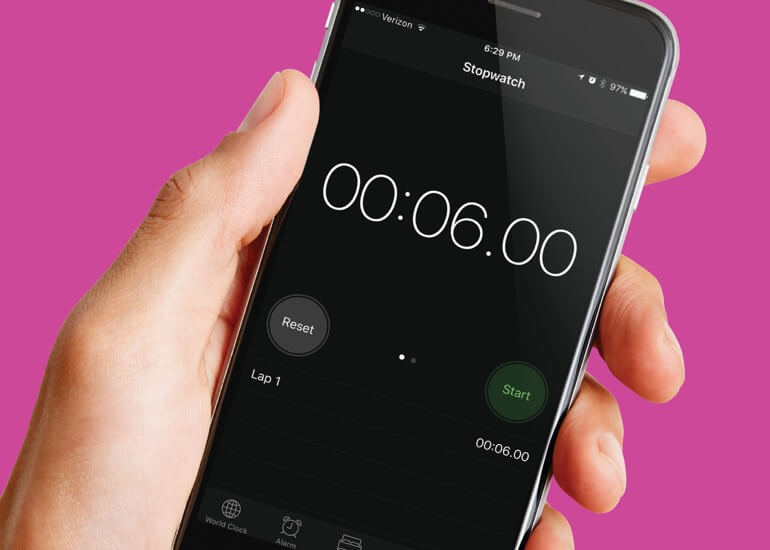 In the time it takes you to read this sentence, your next spot could be over. And it can be brilliant.
Let’s face it, no one likes being forced to watch ads. In a world of streaming content and on-demand access, commercials feel more intrusive than ever (once you’ve binge-watched Stranger Things without seeing the Trivago guy every eight minutes, it’s hard to go back). But this golden age of media content isn’t gonna pay for itself, so many of the smartest minds in the world have been hard at work in Silicon Valley trying to answer the big question of our day: What is the optimum length that viewers will tolerate an ad for before clicking off?

The answer (apparently) is six seconds.

Earlier this year, Facebook began inserting micro-ads into their video content, interrupting that epic wedding proposal fail your cousin “Liked” with a very brief commercial. In turn, Google (which owns YouTube) also announced it’s moving to compress their requirements for skippable video content—now down to just six seconds from 15. Snapchat’s new segments are also six seconds. Even the Hollywood hype machine has begun to optimize its online promotional formats to integrate five-second teasers at the beginning of their full-length movie trailers.

But while the platforms are optimistic that they’ve cracked the code for monetizing video content, marketers are now scrambling to get their heads (and their creative plans) around these new micro formats. The previous 15-second standard allowed for widespread repurposing of spots of the same length, and since that length was already the go-to television format for many brands, it meant there was no need to think about promoted digital video any different.

Six seconds is a whole new game—and it requires an equally new approach from storytelling to production to media.

Marketers have long fashioned their briefs around the idea of the elevator pitch—selling a business plan from concept through earnings potential in 60 seconds, the time you might be in an elevator with an investor. But we need to look to the entertainment industry to find a model that better suits our new six-second brief. In Hollywood, a pitch is often condensed to a one-line description that can be presented as a movie poster. For instance, Game of Thrones might be pitched as Lord of The Rings meets The Sopranos. These oversimplified premises paint a vivid picture, hinting at the creative possibilities without offering any substantive details. They’re teasers, and billion-dollar franchises are sparked by them every year.

Six seconds can seem barely enough time for a brand to say, “hello.” But it’s enough time to pique someone’s interest. Or to reinforce a well-established tagline in a memorable way. Think of your favorite movie quote—chances are it would fit neatly into a six-second sound bite. We need to turn our questions about content limitations from, “What can we do” in such a short amount of time to, “What do we want to do?”

A six-second video is just a taste—it’s an appetizer, not an entrée. It’s not meant to fill you up, never intended to be a whole meal. And just as appetizers at restaurants are designed to make you drink and eat more, we can look at these micro-video formats as the amuse-bouche of our marketing efforts. They offer a hint of the main course that should leave the audience craving more content from your brand.

Budget size, that is. The six-second ad length may help to mask the limitations of smaller production budgets by utilizing alternative production methods that don’t require actors on a soundstage with an expensive crew. More content generation can stay in house at the agency level by employing animation, desktop photography and other techniques that minimize the additional costs of external production resources.

The same holds true for media costs. Buying in six-second increments may provide the opportunity to create plans with considerably more impressions—including within the same ad segment. This increased frequency can be used to repeat the same message or to create multiple connected pieces that tell your story in smaller bites over time.

While the new short format is poised to become a significant tool in the marketer’s arsenal, it will not replace longer-content pieces. In fact, a recent study of data on viewers’ engagement with longer-format pieces shows that when consumers opt-in to watch a brand spot on an owned property like the brand’s website, they watch for significantly longer stretches. If the six-second video is the appetizer, the main course is still the long-format brand spot.

So what’s a marketer to do? Embrace the potential of the six-second spot and its inherent ability to entice, excite and engage your targets. Because let’s face it, if you don’t do that, your spot isn’t going to do much of anything—not matter how long it is.