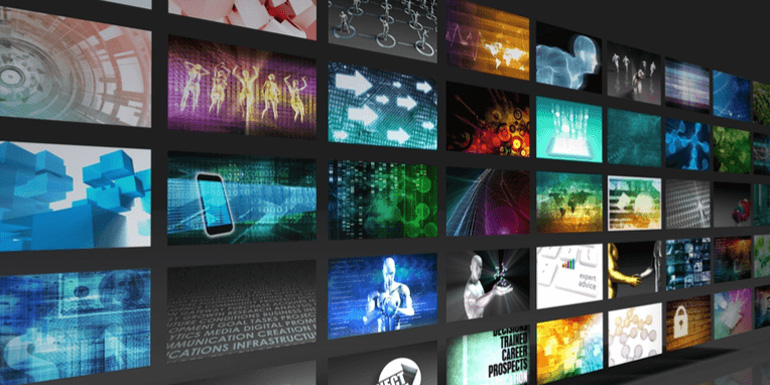 The media world we live in is both tumultuous and fragmented. Where and how we get our news and information is as varied as the information itself—and can often fundamentally change what we understand.
Platforms also more frequently combine distribution methods: TV uses written stories on their websites; radio stations post their stories on Twitter; newspapers utilize Facebook and podcasts. The list goes on.

Tracking all this information is Nielsen, the leading global information and measurement company that provides market research, insights and data about what people watch, listen to and buy. You might be most familiar with their TV ratings, which tell us what shows people watch on TV. But go a level deeper (rabbit hole, anyone?) and you’ll find insights into just about every form of media consumption on the planet—and the data to support it.

Marketers use these data to inform and define powerful and effective campaigns. Here are three sets of insights from Nielsen’s latest reports that we think are most impactful:

Radio had the highest weekly reach percentage of users age 18+ at 92%, followed by live plus time-shifted TV at 88% and app/web smartphone at 79%.

Radio reaches a broad audience—but how many of them are engaged? Most people listen to the radio in the background: at the office, in the kitchen or in the car—hardly activities that make processing that information the prime focus. Actually, when looking at the average time spent per day per adult 18+, television has the highest percentage, followed closely by internet/web/app usage across devices. The real takeaway here is all these media channels play a part in reaching a mass and targeted audience.

Adults age 18+ average 45 minutes per day on social networks, primarily through their smartphones. Of these users, a large majority—64 percent—view video content at least once per day on social platforms (that’s even higher for those ages 18 to 34. Shocking, right?).

Social media is an important tactic in most media plans due to the wide range of users, time spent on the platforms, efficiency and targeting capabilities. Oftentimes, when there are budget constraints, advertisers must decide between static ads and video ads. In most situations, video is the winner, performing higher than its static ad counterpart.

64% of households on average have access to one to three subscription-based, streaming video on-demand platforms.

While it is a benefit for consumers to be able to access TV content through multiple platforms whenever they want to watch, providers and networks have to fight harder for a piece of the screen time pie. Advertisers have to be smart and strategic with this as well. We can no longer rely on traditional television campaigns alone. Supplementing with streaming television and streaming video through digital devices is crucial to maximizing the mass reach that this channel provides, especially for clients targeting a younger audience.

So what’s the key takeaway? While each media tactic definitely has its place in most campaigns, video remains king when it comes to awareness and engagement. It’s how targets are consuming that video content—whether its on the traditional TV, their phone or on-demand—that’s changing by the minute (or in the case of Nielsen, the quarter).