Pokémon GO: You Don’t Need to Catch ‘Em All, But You Do Need to Get It 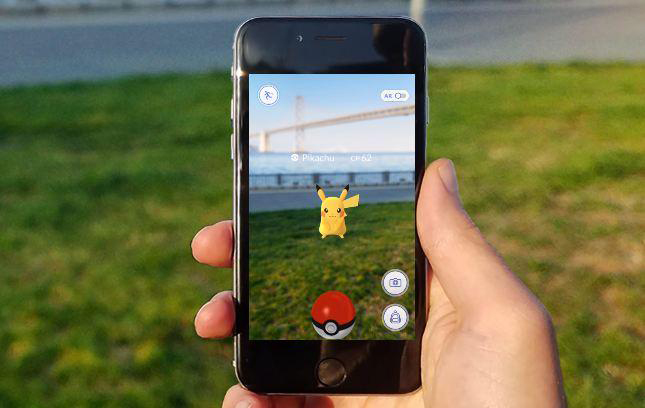 Pokémon GO is a fad. Right? It’s Candy Crush + Foursquare x ’90s nostalgia. All adding up to a punch line on a future episode of “I ♥ 2016.” Pokémon GO is a Trojan horse. Right? A micro-transaction bot that will siphon your bank account along with your identity, giving Big Data more control over our ever-more Orwellian existence. Pokémon GO is a dangerous distraction. Right? It’s creating hoards of zombie millennials who follow their phones into traffic, stumbling upon dead bodies—all while stealing their attention away from the realities of the most tumultuous sociopolitical moment in their young lives.
As the anecdotes and opinions on the record-smashing mobile app fill our social feeds and morning shows, one sentiment seems to rule them all for people old enough to have had an AOL email address or even a MySpace page: “I don’t get it.” They don’t get the hype. Don’t understand the appeal. Just don’t have time for that stuff.

If there’s one thing that everyone in marketing should know, it’s that if something causes a visceral reaction, rather than recoiling, you should look closer. That feeling is our natural reaction to the unknown—it’s the shock of the new, and it often distracts us from the wonder of possibility. And no one wants be the person who witnessed the launch of the iPhone and proclaimed, “No one wants a phone without buttons.”

Pokémon GO is a tipping point for AR

There are a lot of things that Nintendo’s latest addition to the Pokémon franchise is not great at—timing isn’t one of them.

It’s not the first, nor the best example of augmented reality (AR)—the technology that allows users to interact with digital elements triggered by objects and places IRL (in real life). Snapchat’s facial recognition AR filters are far more sophisticated and have been wildly popular for some time now—you know, the ones that allow you to swap faces with your friends or turn you into a cartoon dog (hours of mindless fun; ask your kids to show you).

And for all of the attention that the GO part of Pokémon (or PGO) is getting—finding game play in and round your neighborhood (including on your neighbor’s property)—it’s not the first to harness the power of place. PGO is the largest user of Google Maps data already, but there are many other apps that have successfully leveraged the GPS functionality of our mobile devices to encourage us to get outside and get moving, from the ubiquitous fitness trackers monitoring our steps and mapping our bike routes to check-in counters like Foursquare that rewarded users with coupons and titles. (I think I’m technically still the mayor of my last agency.)

What PGO does represent is a sea-change moment when augmented/virtual reality became a part of our mainstream culture in a significant way. It’s the moment when the adults in the room understood that AR was a thing, and a very profitable thing at that, with Nintendo adding over $12 billion to its valuation after the first week.

Much as Twitter did for mobile social and Tinder did for online dating (both titles that PGO soared past in its first week on the iOS and Droid download charts), the popularity of the app changes the expectations of consumers in its category and beyond. Once you know that it is possible to get people to opt into interacting with AR content on a mass scale, a world of possibilities opens up for brands—even in categories that don’t seem to have an underlying game play or entertainment focus. Colleges can turn campus visits and virtual open houses into interactive adventures and healthcare brands can offer timely and even lifesaving help in navigating hospitals.

As an agency, we are always looking to surprise and delight our clients with the newest ways to capture the attention of their consumers. Augmented and virtual reality tech have made a few splashes in marketing over the last couple of years, most notable among them interactive Heinz recipe labels powered by Blippar and Starbucks holiday cups that turned a simple red coffee cup into a winter scene animated with sledding penguins.

So, it’s no surprise that AR and VR concepts have been appearing in our concept presentations for years. Developing the concepts and implementing the technology to deliver against them has never been the issue—selling them, however, has been nearly impossible. The moment you have to stop and explain the tech behind your idea to a conference room of board members (some of whom still have those AOL email addresses), your idea is dead.

Now we have a new phrase to capture their attention: “It’s like Pokémon GO for your brand.” And I, for one, can’t wait for the opportunity to use it.