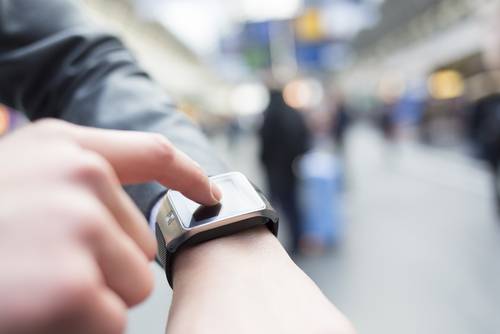 We hear it all the time: “Technology is always on the move.” Faster information, smaller footprints and ingenious algorithms flood the masses as our world gets more integrated, more sophisticated and more refined. While many people still appear to be adopting technology as a whole new species, most of us have finally learned how to assimilate this breed into our daily lives in nearly transparent ways. No piece of technology has done this more than the smartwatch.
The smartwatch has been yearned for by society for decades. As a result, the industry has evolved wearable technology from computer in the backpack with a remote display and keyboard on our wrists to the now refined smartwatch, capable of delivering all the information we desire at arm’s reach (pun intended).

With the release of major players in the industry such as Samsung’s Gear 2, Motorola’s Moto 360 and the leading newcomer, the long-awaited Apple Watch, the need to support these new displays on the Web has increased quite notably and as expected. Websites have undergone a magnitude of refinement to meet the needs of mobile devices. The birth of responsive design websites was conceived by the majority swing of mobile devices taking the lead over the more conventional desktop Internet surfer.

Ironically, the idea of serving the Web from desktop down to the smartwatch has not been well adapted even with the exponential growth of this tiny device in society’s grasp. Perhaps the industry believes this is just a fad? At Austin & Williams, we don’t think so. Through R&D, our team has developed standards to extend the responsive design bridge from desktop to smartwatch, allowing our client websites to serve to the user on the go—quickly, intuitively and creatively.