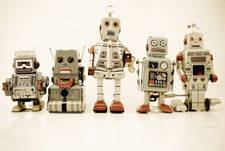 At a first glance, the two ideas of “social media” and “automation” contradict each other. Social media is, well, social, and automation clearly is not.

One of the defining characteristics of social media is the shift from one-way conversation to two-way conversation using various websites and tools. The focus is on real-time interaction. No matter how you define social media or what new social networking sites are hot, it all comes down to people.

Can an automated tweet spark a great conversation? One that could have the ability to spread like a wildfire through multiple social media channels? Yes – as long as there is a human being present to listen to the conversation and respond accordingly. This is how automation can still lead to a two-way conversation in social media.

Automation is a tool, not a replacement for human interaction. Social media accounts that are completely controlled by automation aren’t really social. Used properly, automation can post the types of messages that are appropriate to be automated (scheduled events, fun facts, etc.), giving the owner of the account more time to focus on replies, comments and conversation – the human side of social media.

It is important to create a balance between automation and human interaction. Too much automation – or if your followers suspect even a hint of it – will leave your fans, friends and followers feeling cold. The challenge is to find a way to fit automation into your strategy and not let it become your social media strategy. You can’t leave the social out of social media!

What are your thoughts on automation?

Does automation have a place in social media? Give us your two cents in the comments below.