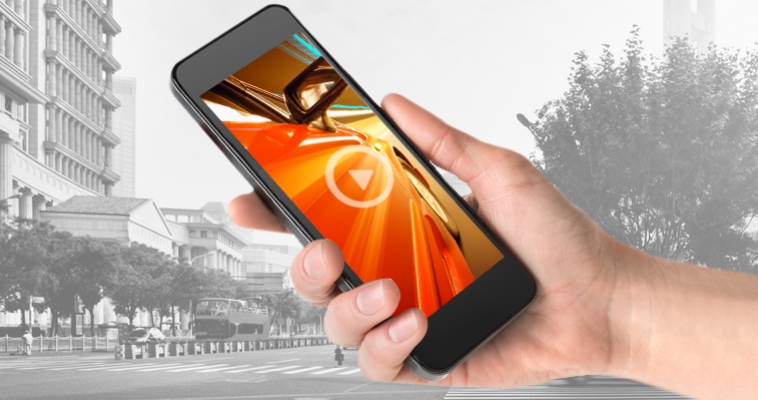 Why are 163.7 million Americans watching horizontal videos on a vertical device? DUH! Doesn’t make much sense does it?  Maybe vertical video’s (VV) time has come.
An artist paints to the orientation of his canvas, yet we shoot billions of horizontal videos that we know full well will be viewed on a vertical smartphone. Sure you can rotate your phone, but that’s old school. Is vertical video becoming the new standard?

It seems that Snapchat’s vertical anomaly is gaining traction to win over the never-ending population of Smartphone users. This new dimension allows us to be entertained, enlightened and educated AND best matches up with how we normally hold our mobile devices. Seems like simple math right? We think so. That’s why Virool, a programmatic video distribution company is planning a vertical video unit called Vertical Reveal. They are betting it all that vertical trumps horizontal in the video arms race.

Snapchat has pioneered VV and claims they earn nine times the viewing-completion rate versus horizontal video; no wonder momentum is swinging heavily to vertical. There’s simply the belief that the vertical unit is viable because of the way everyone is consuming content and how marketers want to communicate.

But VV isn’t as simple as a shift in format; shooting vertically will undoubtedly add extra expenses for clients because it takes more time and a completely different set of parameters to stage, shoot, light and block. It’s a completely different mindset going in, but understanding the potential for mobile users—who spend up to a 150 minutes a day viewing those VVs—it’s worth the extra cash!

So what do you think… will you be testing the vertical waters anytime soon?