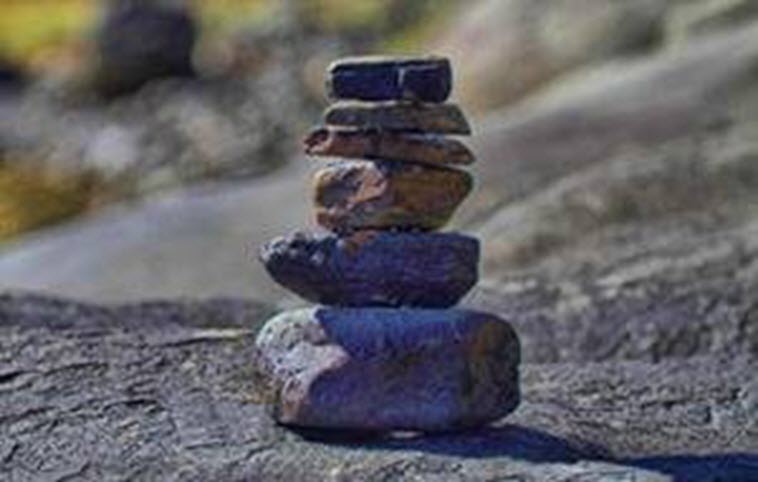 I know what you’re thinking.

But hear me out. All of that business about “positive energy” and “body cleanses” has given an effective approach a bad rap.

Adjective: Characterized by comprehension of the parts of something as intimately interconnected and explicable only by reference to the whole.

When you boil away all the syllables here, the idea itself is pretty simple. The whole. Meaning: don’t overemphasize any one piece.

It’s impossible to know it all in the online marketing space. The technology alone, leaving aside the tactics, can be overwhelming in scope.

There are some things to keep in mind here.

1. Keep your hammer, pick up a tool belt.

Most of us come to the game with a core skill set, and usually one or two specialties.

Maybe you’ve mastered email marketing and believe the power of showing up in your subscribers’ inboxes creates an unequaled level of attention. Maybe you’re a PPC geek and know that paid search represents an unprecedented opportunity to present your customer with an offer at the precise moment they’re looking for one.

The good news is that you’re right, in both cases. But that’s not the whole truth. The web is ubiquitous, and people engage it in a variety of ways. That doesn’t mean you must use every possible vertical and platform to market your business, but ignoring avenues because you haven’t mastered them is at your own peril.

The platforms matter and each has its own unique set of features and patterns. We don’t build the ecosystems, but we learn to leverage them even when, maybe especially when, they’re perpetually changing. Or we sink. The trick isn’t to specialize in everything. That’s impossible. Better to get a decent handle on most of it, to at least learn enough to seek out a partnership with a true expert, hire someone to own the space, or otherwise find a way to delegate.

The point is: get a grip on what strategies tend to work for each medium and venue. Learn enough to outline an overall plan.

2. Decide ahead of time what your goals are (and how you’ll measure them).

There’s nothing worse than generating a massive amount of activity, spending a chunk of cash and time, and having little idea after the fact whether you knocked one out of the park or fell on your face.

Your sales might go up, and hey, happy day, what else matters right? Well, what if they only went up a little? Or what if they didn’t go up at all? You’ll want to look back and be able to tell:

If you don’t ask these questions, allow me to congratulate you on your freedom from the need for accountability and profit.

Unless you set goals ahead of time, and identify the metrics that match up with them, you’ll have no way to decide whether you’re killing it or it’s killing you. You’ll repeat your mistakes, be unable to repeat your successes and will otherwise lead a confused and disheartened existence.

You’re going to fail. That’s the game. The only thing that counts is if you learn from it and get a little better for the next round.

How do you do that?

You make sure that whatever you’re plotting, whatever the cost, even if it fell flat on its face and produced zero results, you’d be alright. You might hit the whiskey for a few days, but your business would go on.

4. You’re only as good as your network.

No matter how great a team you’ve built, there will come a time when the answer you seek will not reside in the minds you’ve assembled.

That’s OK. Don’t go firing people for admitting they “don’t know.” Many people will BS you as long as they can, which does worse damage. Honesty is far more useful.

The online marketing space is unique in that people are willing to help you out. If you’re used to doing business in the real world, this will shock you. People are actually helpful!

It probably won’t last forever (no good thing does), so do yourself a favor and leverage it.

(Note: In all of the above forums, be prepared to take flak if you don’t play nicely or just show up expecting free help. Participate. Be a human being. Then when you have a specific question, fire away. And be thankful for the advice you receive. People are busy.)

Don’t get too hung up on this holistic thing.

Yes, you’re better off developing multiple streams of business than relying on one (especially if that one is owned by a corporation). But if you try to do everything, resources limited as they always are, and at best, you’ll have a hard time doing anything well. At worst, you’ll lose your mind.

As you experiment, measure and optimize, you’ll find certain venues working better than others. Maybe the stuff that works is just in your wheelhouse. Or maybe it’s that your people, your customers, are simply more active on Twitter than Facebook.

Look for the dead weight and cut it loose. There are no sacred cows. If you can’t produce results from PPC (if it’s too saturated and costs are through the roof), don’t bother with it. Focus on what is working.

6. There is no treasure map.

Most of the “make money online” set pitch formulas and “easy-to-follow” guidelines for success. Even if there was a map, a set of steps that led to success “every time,” the value would be sucked out immediately by other people who got their first. The gold would be gone.

This stuff is hard. Anybody who tells you they’ve got a foolproof system for online marketing is either delusional or lying to you.

There are principles that work. Some of them derive from our basic psychology as social human beings, and will probably work forever, like those found in Influence, by Dr. Robert Cialdini (read it if you haven’t). You can bank on those.

The ultimate online marketing recipe for your business will have unique DNA. If it doesn’t, it’s probably because either A) your business itself is on shaky ground (you’ve been commodified) or B) you’ve borrowed (stolen) your marketing plan from someone else (in which case it probably won’t work so well and you should be ashamed of yourself).

Expect to have to pay your dues. Expect that not everything will work, and what worked for those other guys may not work for you. Expect to learn it as you go.

Posts like this one, at best, steer you in a good general direction. They point out pitfalls. They give you a place to start—a framework to start your thinking. They don’t give you a competitive advantage.

Most of this information is out there. Best practices for SEO, for example, are readily available. Title tags, crawlable code, anchor text, link building—it’s all been laid out thousands of times in sparingly different ways.

None of this stuff constitutes a competitive advantage, because eventually (if not already) your competitors will get this stuff right too.

That doesn’t mean you ignore the best practices. They’re mandatory. Without them you’ve crippled yourself. But, like graduating with a bachelor’s degree, following best practices doesn’t raise you above the masses. At best it sets you on an even plane.

You have to do and build things worthy of people’s attention. Things great enough that we’ll share them with our friends. We’ll write about them, we’ll talk about them. We’ll link to them.

Simple, but not easy.

So, tell us, what have you done lately to cultivate a holistic online marketing strategy? Comment below.