Are Your Customers Using Social Media?

By Aaron Grant In Social Media 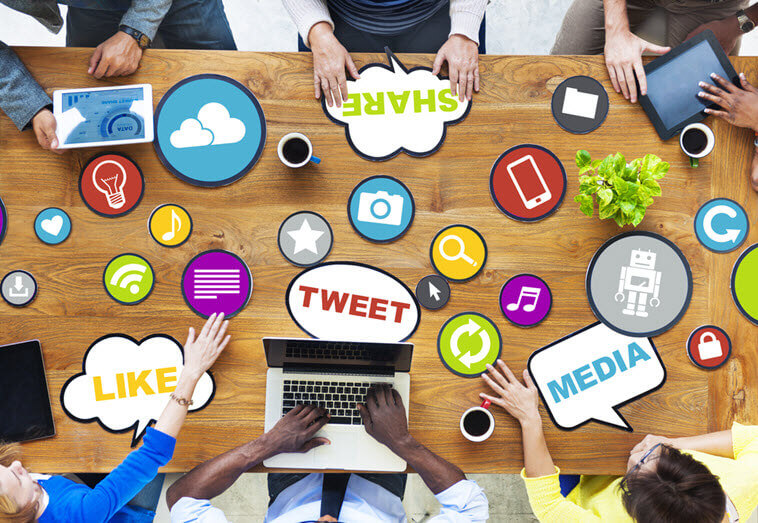 A&W looks into the biggest thing to hit the communications industry since the two martini lunch.

You’ve heard about it around the water cooler, read about it in magazines—even your kids are talking about it. It’s Social media, and it’s changing the way the world communicates today, and will have a profound impact on how we communicate in the future.

But what exactly is social media? And how has it changed the way you should be marketing? Social media allows users to participate in
conversations and broadcast their ideas online. Unlike traditional magazines and newspapers, this is real conversation, not one-way communication.

Social media can be broken down into three basic forms: blogging, social networking and content sharing.

Blogs
Blogs allow users to publish their thoughts on a particular topic they’re interested in and develop an audience that can interact and share ideas. Popular websites for this include TypePad, Blogger and WordPress. Readers of a particular blog can then post comments on the blog, visible for the rest of the audience to see, share the blog with their coworkers, or add it to a social bookmarking application.

Social Networking
Social networking sites such as Facebook and MySpace allow users to communicate in new ways, too. Users get constant status updates that keep each other informed of what’s going on in their lives, all without actually talking to the person directly. Such social applications make it convenient for anyone to broadcast ideas, spread messages, and connect with any one of their friends.

As technology has advanced, participating and contributing in social media has become much easier. Handheld devices, such as Apple’s iPhone, now allow users to update their social applications without even having to use a computer.

How are people using social media?

According to Forrester Research, three in four American adults use social media. More than 20 percent write their own blog, articles, maintain their own websites or upload their own video. When it comes to participating, another 37 percent of Americans leave comments, post ratings, contribute to forums and write reviews. When you sit down and think about it, these are staggering figures, but the reality is that it all pales in comparison when you consider that nearly 70 percent of Americans are online viewing the content that everyone else is putting up.

Should my business get involved?

Yes—but don’t jump in just yet.

Social media can help your business connect to dedicated customers, build relationships with new customers and enable you to monitor—from a safe distance—what customers are saying about you.

Before you run online to write a blog or create a Facebook profile, stop and take a breath. Much like advertising campaigns, social media takes careful planning, creativity, time and dedication. You wouldn’t walk into a meeting in progress and start talking above everyone, right? You have to listen to the conversation to understand the context of the meeting before becoming a successful participant.

NEXT: The First Step in Social Media—Listening
Next month, we’re going to look at how best to “hear” what is being said about your business, take those opinions, and then select from the most effective tools from the social media market to spread your company’s message.