Beyond the Tour: Virtual Reality in Higher Ed Marketing 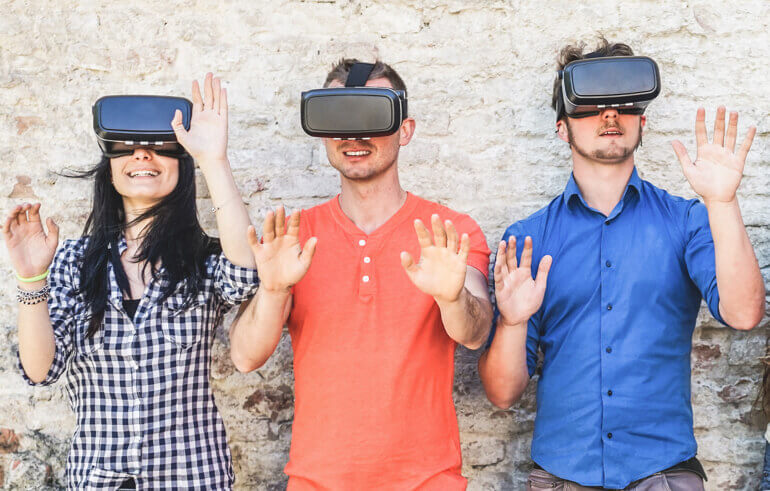 When virtual reality (VR) first hit the media spotlight, many in higher ed marketing (including me) anticipated that it would be a game-changer in the college recruitment landscape.

We were wrong. Even though the technology has gotten better and the cost for entry lower, a relatively small number of colleges and universities have actually begun to incorporate VR into their efforts to recruit their more-than-VR-ready student prospects.

Why? Maybe because we fell into that age-old marketing trap of letting the tools use us, rather than us using the tools to tell our story. Driven by hardware and software companies—rather than by storytellers—many VR applications fall short of the technology’s real creative potential. Sure, they deliver an immersive 360-degree tour of a college campus. But do they tell the brand story? Do they engage the prospective student with content that is relevant, meaningful and personal? From many of the tours I’ve seen, the answer is no.

It’s time to move virtual reality from the whole “college tours from the couch” mindset. It must be viewed as one of the tools with which we can tell your school’s story, to elevate and build your brand in an engaging, differentiating way. Is your curriculum outcomes-focused? Demonstrate it. Take your student prospect from your campus to their career of choice. Do you have some great alums? Give them a chance to start the conversation.

Let your content drive the VR experience. Not the other way around.

Those colleges that really move to strategically incorporate VR as part of a holistic recruitment strategy stand to gain much: The halo effect of being an innovator is sure to differentiate and connect your brand with tech-savvy prospects (particularly if you’ve got a tech-focused curriculum).