Bill-bored on a Road Trip 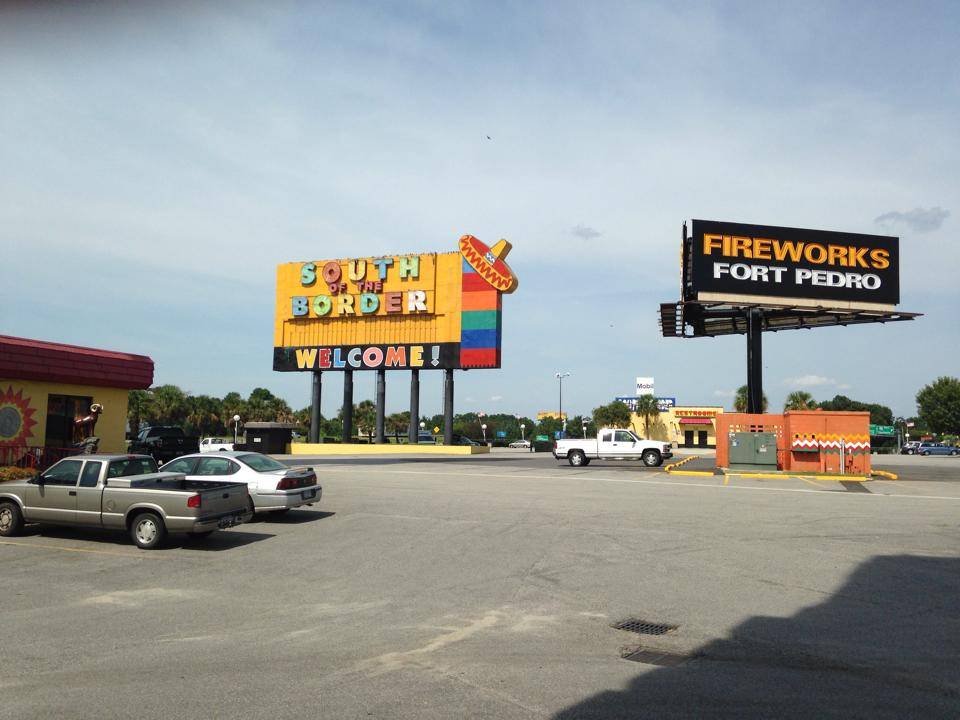 For many the end of summer means emptying pools, getting lawns ready for winter, back to school shopping and, for some fanatics, starting to get the house ready for Halloween. That’s not the way it goes for the maniacs that is my family. End of summer means one thing: ROAD TRIP! Time to load up the Family Truckster and head to Florida.We’re getting to be old pros at doing this trip. We’ve done it three times over the past four years so we know what to expect and when to expect it. Of course one of the highlights are the roadside billboards.

Contrary to what some people might believe, the roadside billboard is not a relic from a by-gone age. According to the Outdoor Advertising Association of America, out of home (OOH) advertising revenue was up 1.1% in 2014, accounting for $7 billion. As for the effectiveness of OOH marketing, Arbitron released a report in 2013 stating that two-thirds of the travelers they interviewed had seen a billboard sign while traveling. Of that group 39% reported they have visited a store they’ve seen advertised, while 40% reported they have visited a restaurant that was advertised. It seems that OOH is going to sticking around for a while. To oversimplify the study, more of us are paying attention to these ads than ignoring them.

When driving Interstate 95, the 600 miles between Richmond and Jacksonville contains a whole lot of scenery, and the road signs provide a nice distraction. In this stretch, hotels, motels and truck stops dominate the landscape. There’s nothing exciting about them, but they get their point across: “You’re going to need sleep and/or get gas soon, so stop here.”

One of the most noticeable changes in the billboard landscape was the lack of signs from the North Carolina superstore JR’s. JR’s tacky signs would start popping up around the Virginia-North Carolina state line, reminding drivers every three or four miles that they have the lowest prices on cigarettes, perfume, Christmas decorations and blue jeans. The best way to describe these signs would be “cluttered mess,” but there was a charm about that mess. The signs that replaced them are sparse and to the point. These new signs were essentially exit number, store name and a picture of the relevant product on a gray field. Not very campy, but I do know where to go if I’m in the market for an ascot in the middle of North Carolina.

Some of the other signs we’d get a kick out of were the ones that look like they’ve been forgotten. There would be some with pieces falling off, ivy slowing taking it over or faded to the point where it was barely legible. In Georgia there was a sign for an Exxon station at the upcoming exit, but when we went by it, it looked like the type of place where Scooby and the gang would be trying to solve a mystery.

Then, of course, there’s South of the Border (SOB). When arriving in North Carolina, the first sign you’ll see after being officially welcomed to the state is that you’re only 173 miles from the ultimate and most famous tourist traps on the Eastern Seaboard. Opened in the 1950s, the billboards have been criticized as being highly offensive with Pedro, the SOB mascot, alerting motorists of SOB’s amenities in “Mexican-Speak,” which was eventually phased out by the late 1990s. The signs are still in remarkably good shape and well-maintained. From first-hand experience, the signs are effective, especially if other parents go through the same thing I do:

“All right, we don’t need a countdown. Get back to your book,” I suggest.

“Fine! We’ll stop! So knock it off with the countdown!”

Have a billboard that plagues your drive or makes you smile? Share it here.