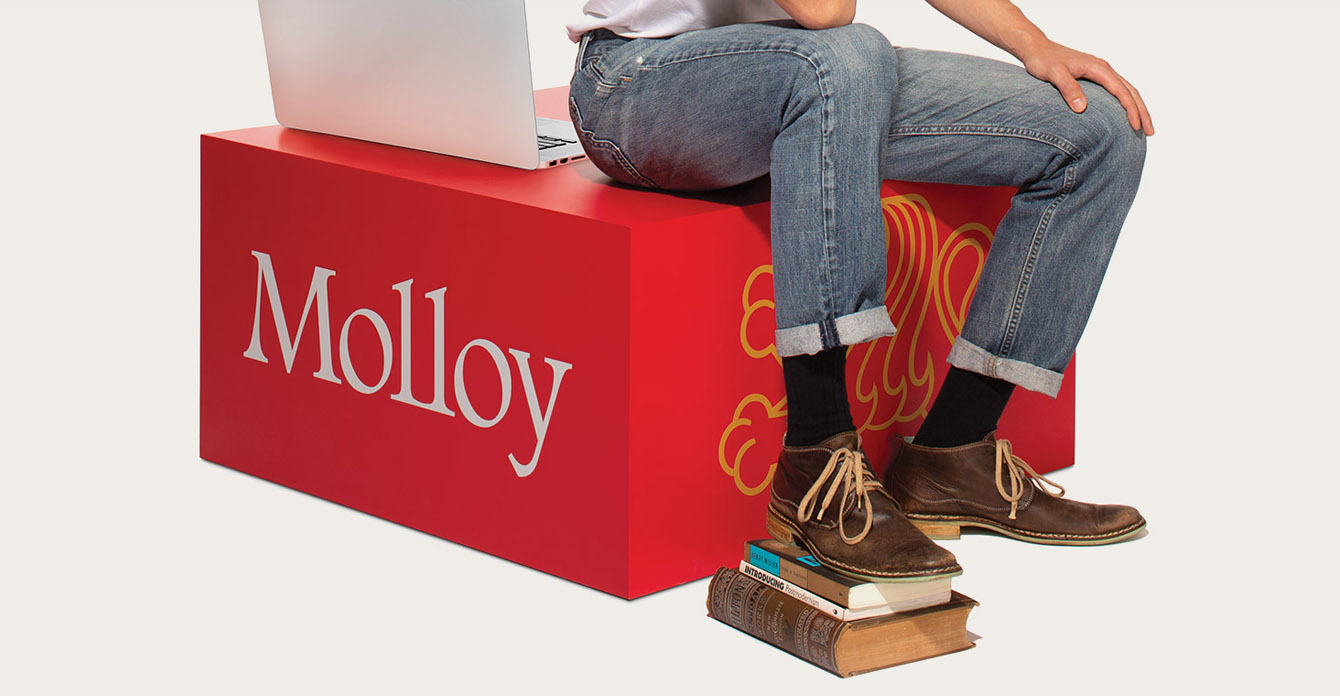 This year, more than 2,300 entries were received from 1,000-plus colleges, universities and secondary schools from all 50 states and several foreign countries.

The campaign centers around The Box, an elevated red platform that stands (literally) as a metaphor for the solid foundation a Molloy education provides. The Box is at once a launchpad to success, a podium celebrating accomplishment, a platform upon which to express ideas, and a stage to express individuality.

“This overwhelming acknowledgment of our campaign for Molloy is so satisfying,” said Eva LaMere, president of Austin Williams. “Our work for Molloy is the product of a long-standing and highly collaborative relationship built on trust and creativity that has yielded consistently positive results. This recognition is no exception.”

“The realization of this campaign was much more than a recruitment effort – it represents a complete transformation in the positioning of the institution,” said Bryan Hynes, creative director for Austin Williams. “We were fortunate that leadership at Molloy championed the vision and helped us navigate the lengthy process that resulted in the ‘Live Your Story’ campaign.”

“We’re thrilled with the way the campaign came out and get regular, positive feedback on both its look and feel as well as the message it sends to prospective students,” said Ed Thompson, executive vice president of Molloy College. “We believe it also had a distinct impact on the success of this year’s annual Open House – our most successful in the history of Molloy.”

To read more about our “Live Your Story” campaign, click here.

Austin Williams is a full-service marketing, digital and public relations firm, creating ideas that inspire action for clients in the healthcare, higher education, financial services and professional services industries. Certified as a Women Business Enterprise (WBE) by the state of New York and the city of New York, the Long Island-based firm was founded in 1992 and was named one of the 100 fastest-growing agencies in the nation. In 2017, it was listed as a “Great Place to Work” by the institute that creates the annual Fortune 100 Great Places to Work list and received distinction as a member of the Inc. 5000.