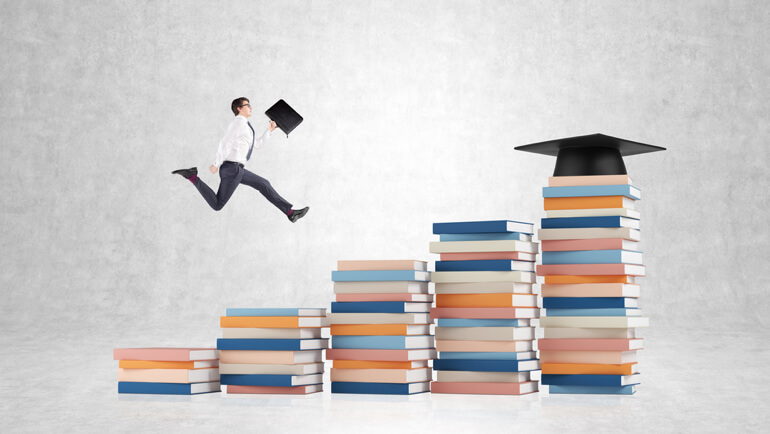 From the outside, higher education might seem like a fairly steady market. Each year a fresh crop of students sets off on a four-year journey, with freshmen replacing seniors who move into the job market or onto an advanced degree (or both). For the past half century, Americans have grown accustomed to, and promoted, the cultural importance higher education as a pathway to career and financial success. From some perspectives, it might seem like everyone pursues a college degree.

Earlier this year, an article in Inside Higher Ed made several predictions about conditions on the horizon that had the potential to challenge the higher education marketplace in 2017, including sliding enrollments and concerns about the cost of a college education and its potential returns.

Faced with those challenges, marketers are called to help clients navigate the uncharted territory of what was once might have been considered smooth sailing.

Historically, colleges have marketed themselves based on a value proposition of experience and success: that going to college not only contributed to a young person’s personal and professional growth, but that earning a liberal arts degree would result in increased earning power.

These days, that simply may not be enough. Research shows that student recruits—and perhaps more importantly, their parents—are increasingly questioning both the value of a higher education and taking a harder look at career preparedness and job placement.

This focus on return on investment (ROI) means colleges must take a closer look at what they’re offering inside their classrooms and how they’re marketing themselves to the outside world.

While elite schools are still clinging to traditional national surveys like U.S. News & World Report or the Princeton Review, others are placing emphasis on newer roundups with more practical outputs like Money Magazine, the Wall Street Journal and PayScale.com. When AW client Molloy College earned national recognition this year as Money’s #1 Value All-Star (a new category), it became the centerpiece of an integrated branding and recruitment initiative that resulted in the largest Open House attendance in the college’s history.

No national ranking to hang your college’s hat on? Dig deeper into the numbers you do have—and bring those statistics front and center, whether they’re graduation rates, job placement numbers or starting salaries. The list goes on and on.

The lesson is clear: As colleges face new and still-evolving challenges, your messaging must evolve to capture the attention (and the dollars) of young people who are balancing dreams of success with a real-world focus on their ROI.